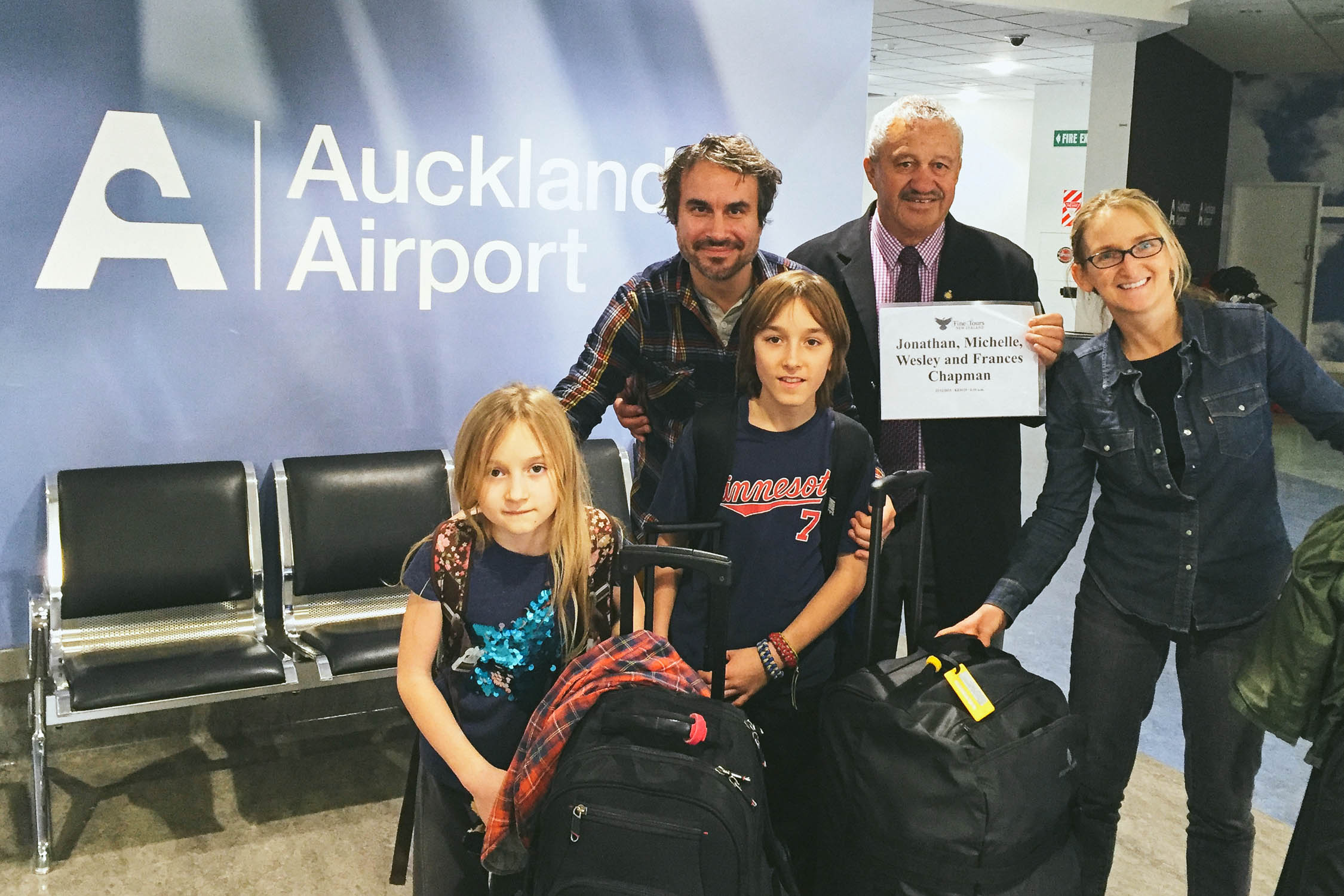 Our trip officially kicked off this past Saturday afternoon with final packing underway just minutes before departing for the Minneapolis airport. It was a bit of an 11th hour flurry as departing for trips always seems, this time feeling a bit more pressing to dial in the essentials. Wesley was refusing to carry anything that “isn’t mine” (translation, Wesley doesn’t want to carry anything that might possibly belong to younger sister Frankie). Had we thought this through a bit thoroughly, it would have been smart to have both kids take one lap around our block, personal travel backpacks in tow, giving them one final option to rethink the assortment of items they figured they couldn’t live without. One of the reasons we opted to take this trip at this point in all of our lives is that the kids should be old enough to remember this experience, 9 & 11, but of equal importance is their independence as far as helping out, their abilities to help shoulder much of their own weight.

We’ve arrived in Auckland, New Zealand’s northern island earlier this morning by way of London and Seoul, Korea. While most people heading to New Zealand from the U.S. would travel west-bound across the Pacific Ocean, travel vouchers and frequent flyer perks required an east-bound itinerary nearly doubling our time to our first destination. In the end it scrambled our internal clocks even more, but added another layer of adventure to our first few days of life away from home.

Our first overnight, aside from sleeping in the air was in London just outside the Heathrow airport. It wasn’t postcard London, but fun to be out on the streets taking in the sites in our first foreign place. Double decker busses, cars driving on the “wrong” side, and the British accents were a few initial highlights.

On our flight from London to Seoul, Wesley elbowed me to let me know that the movie he was watching featured a scene from London. This was a quick and not particularly astonishing observation on his part, but resonated with me as far as how this trip will affect their relation and perspective of the world. It’s less than 48 hours from home and whether they or we realize it, education is already underway.

Frankie LOVES gum and shortly into our trip she decided she wanted buy a pack in every country, keeping track of the different prices along the way. She’s getting smarter by the minute and seems to have found a clever way to swindle us into a steady stream of gum at every stage of our trip.

From London we traveled on Korean Airlines to Seoul, Korea, and the last leg from Seoul to Auckland, New Zealand. As a frequent traveler for work, I was looking forward to experiencing all Korean Airlines had to offer as they have some of the more elegant commercials of any airline I’ve seen. Despite the stylish flight attendant outfits and seemingly more refined approach to serving, it was business as usual with a slight variation in food and beverage service. Regardless of where you are in this world it some things are universal including the mad rush to board and depart the plane, crying kids (Wesley asked me “were we ever that loud,”?) and evermore cramped quarters making everyone just a bit more tense including our family

Here’s to New Zealand. We’ve arrived safe and sound. Despite the weariness of travel, there’s not a sad face in our bunch realizing that we’ll be spending the next month in the land of summer complete with t-shirts, flip-flops, and sand between our toes.

Happy Holidays from the land of Hobbits. 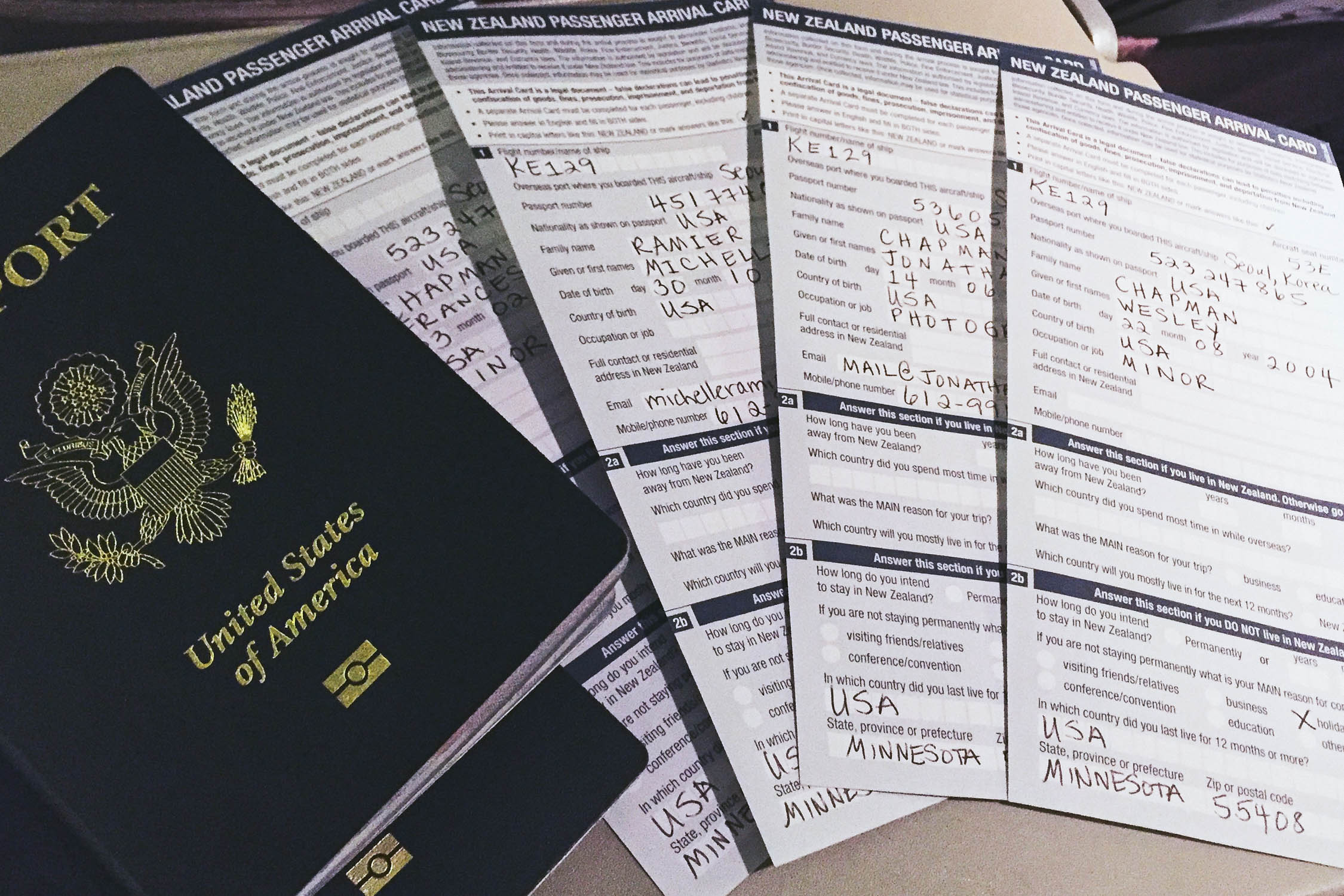 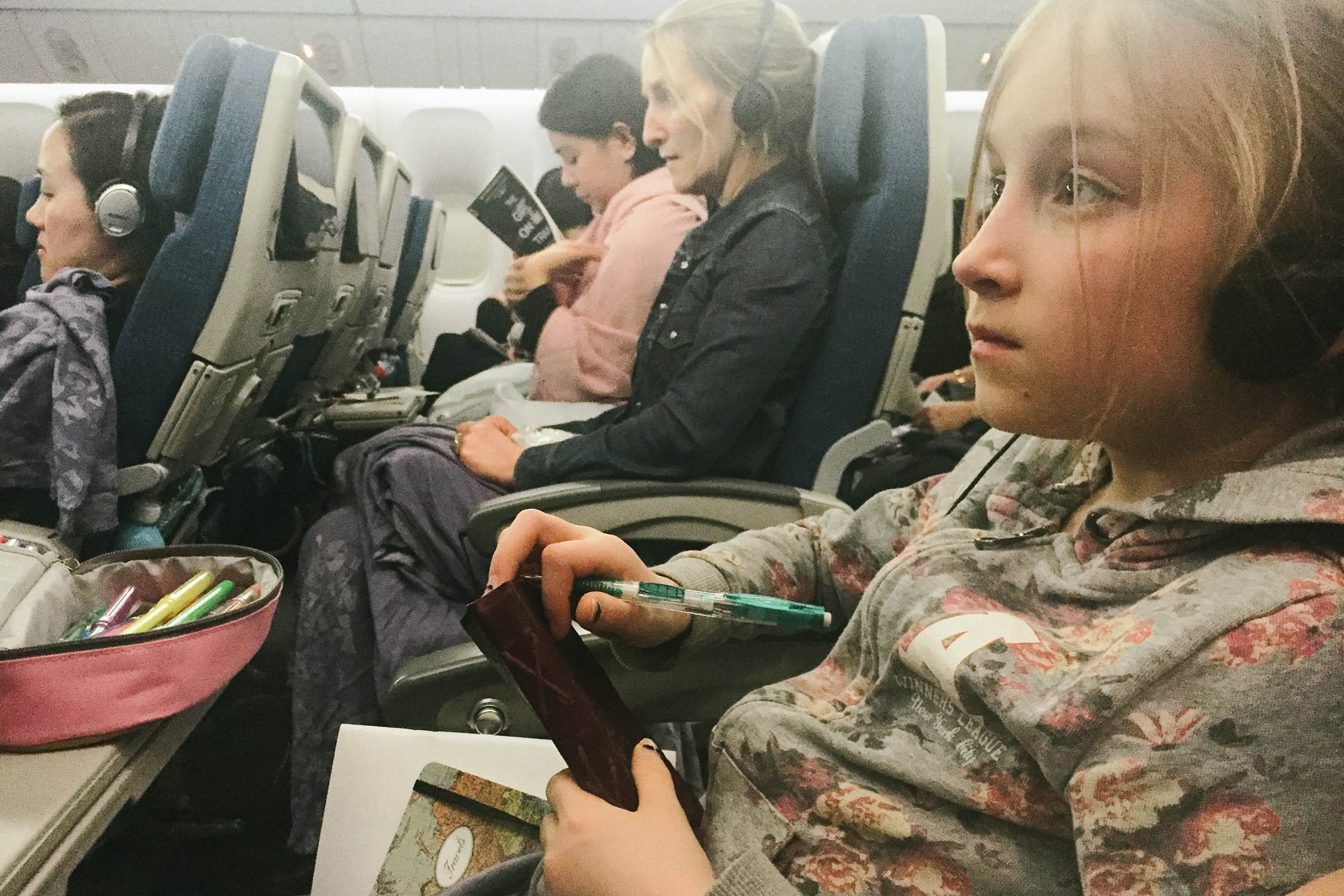 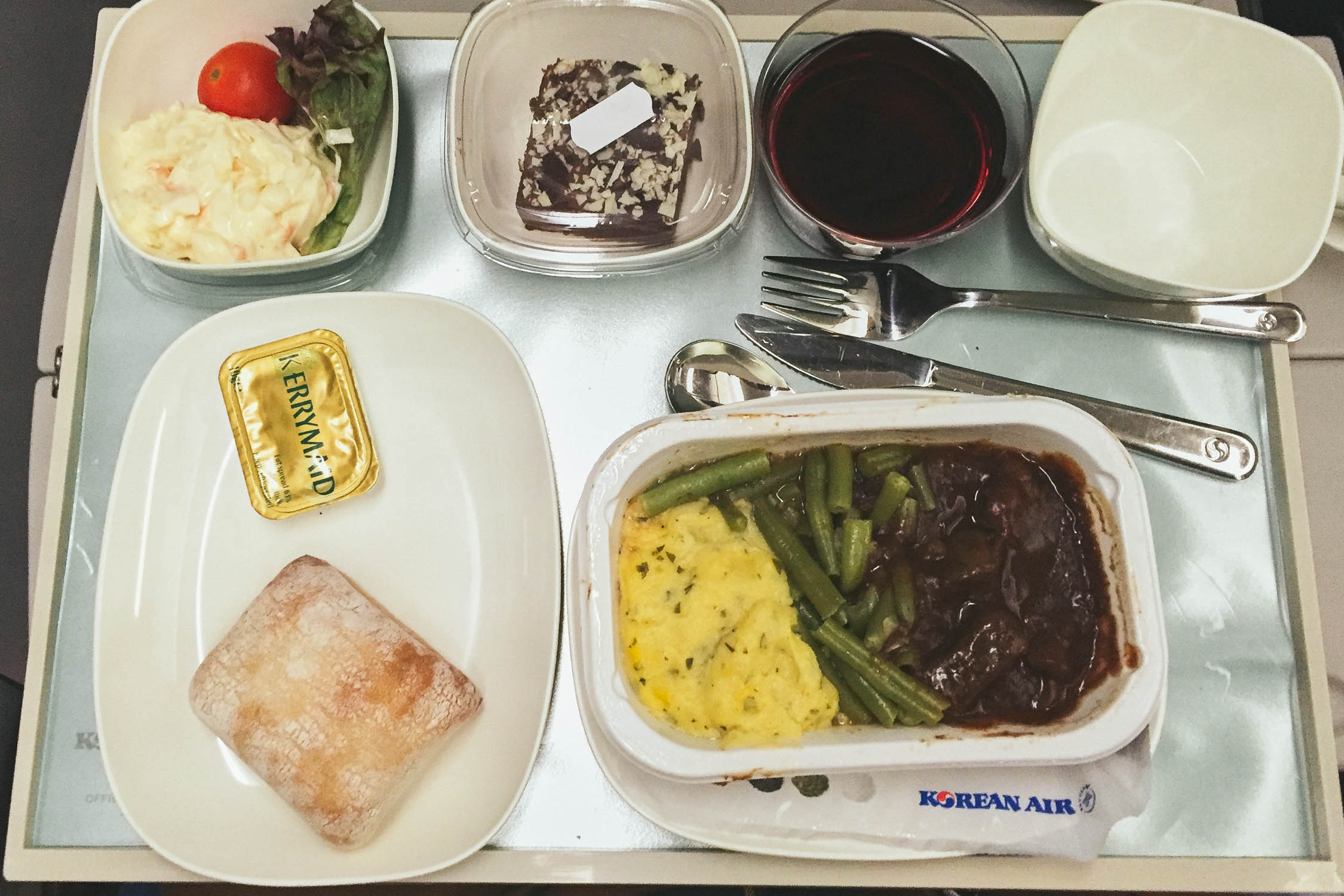 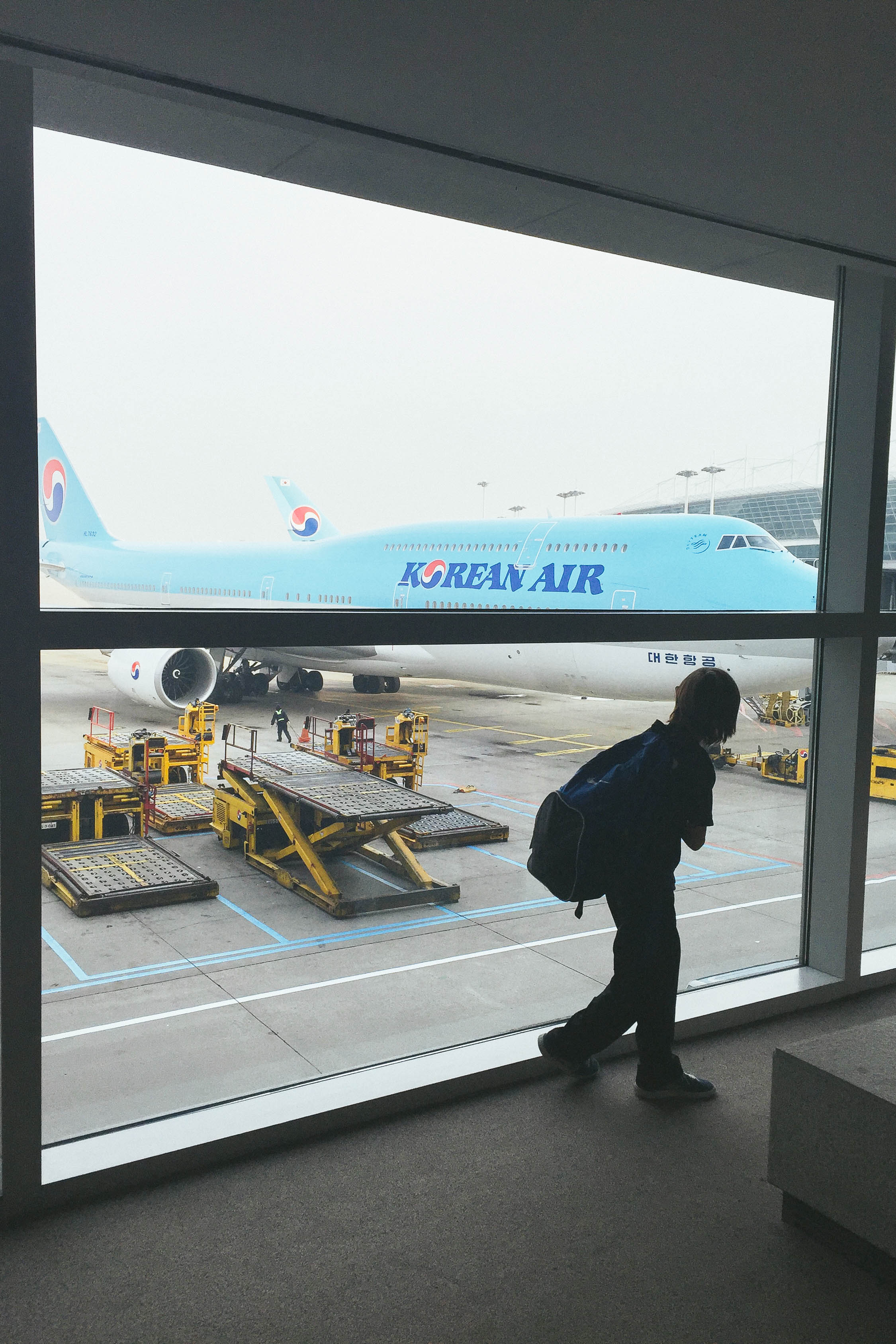 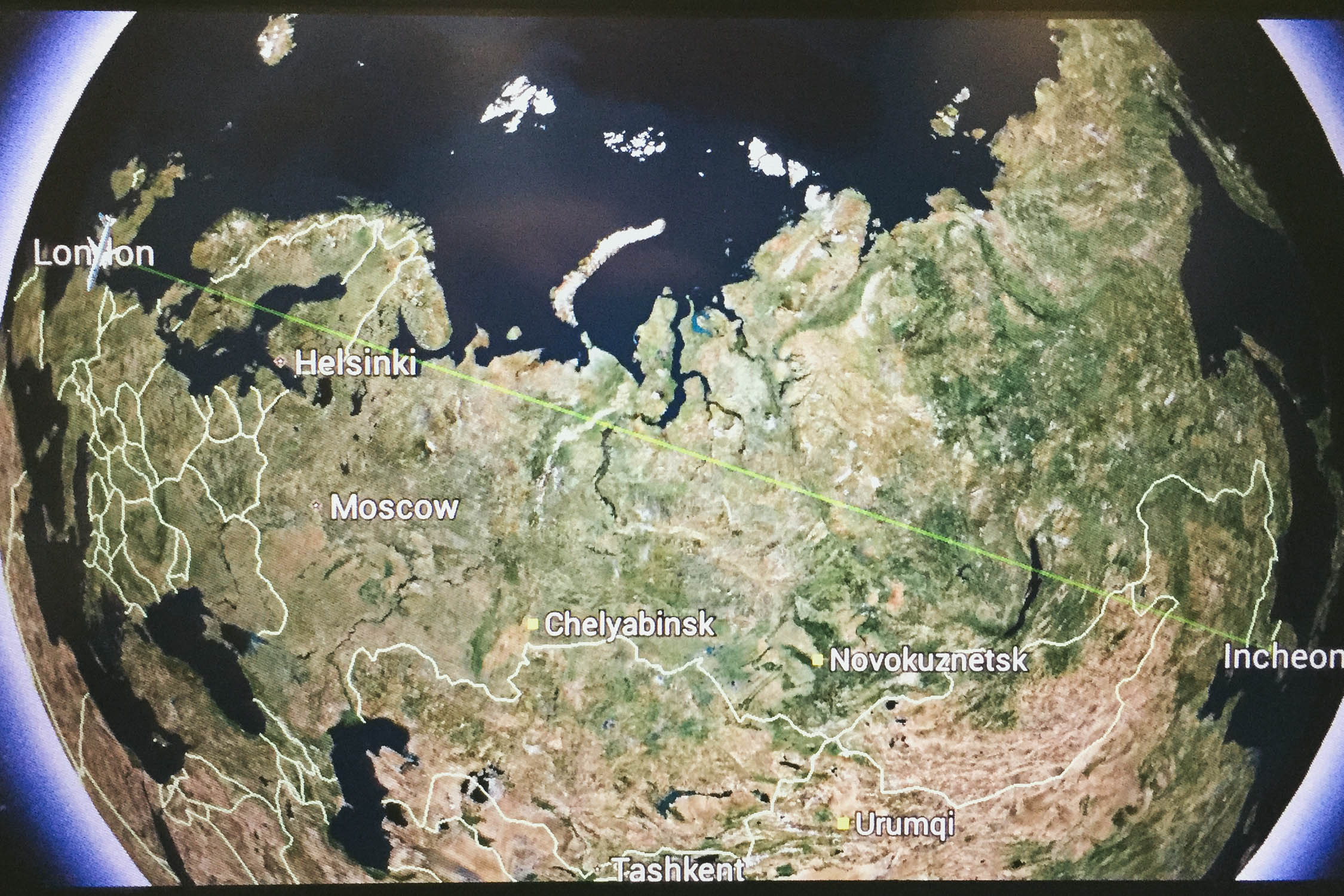 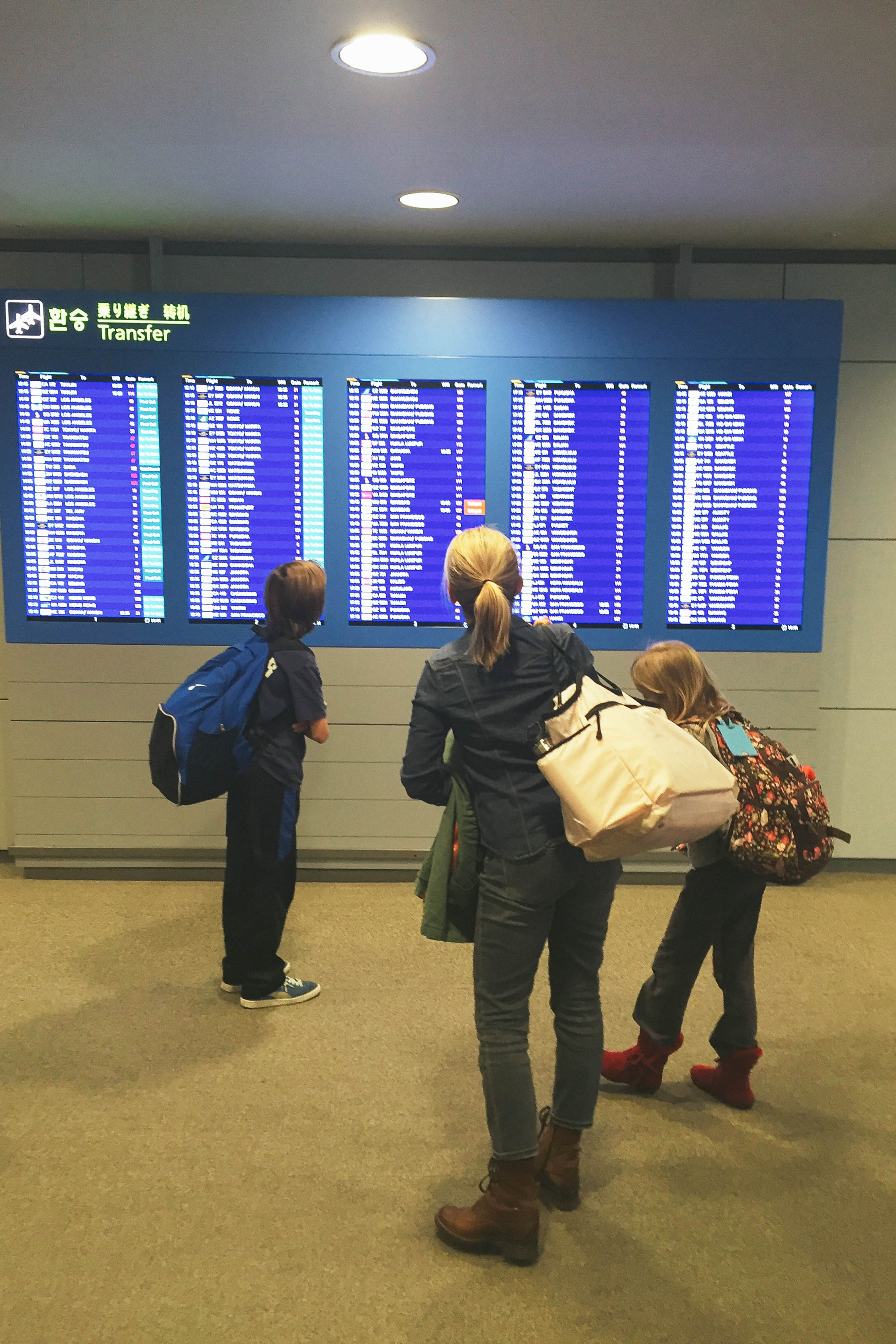 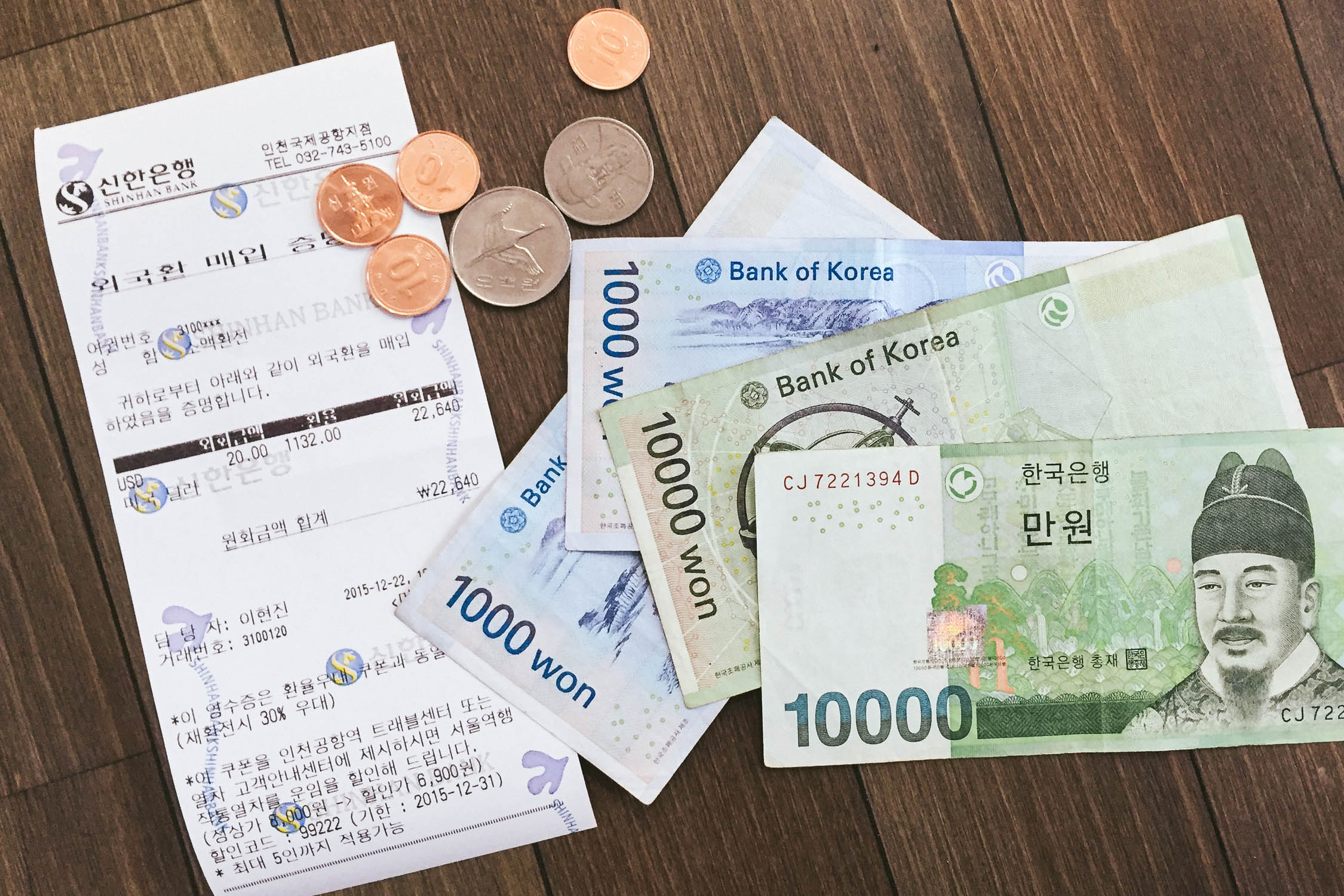 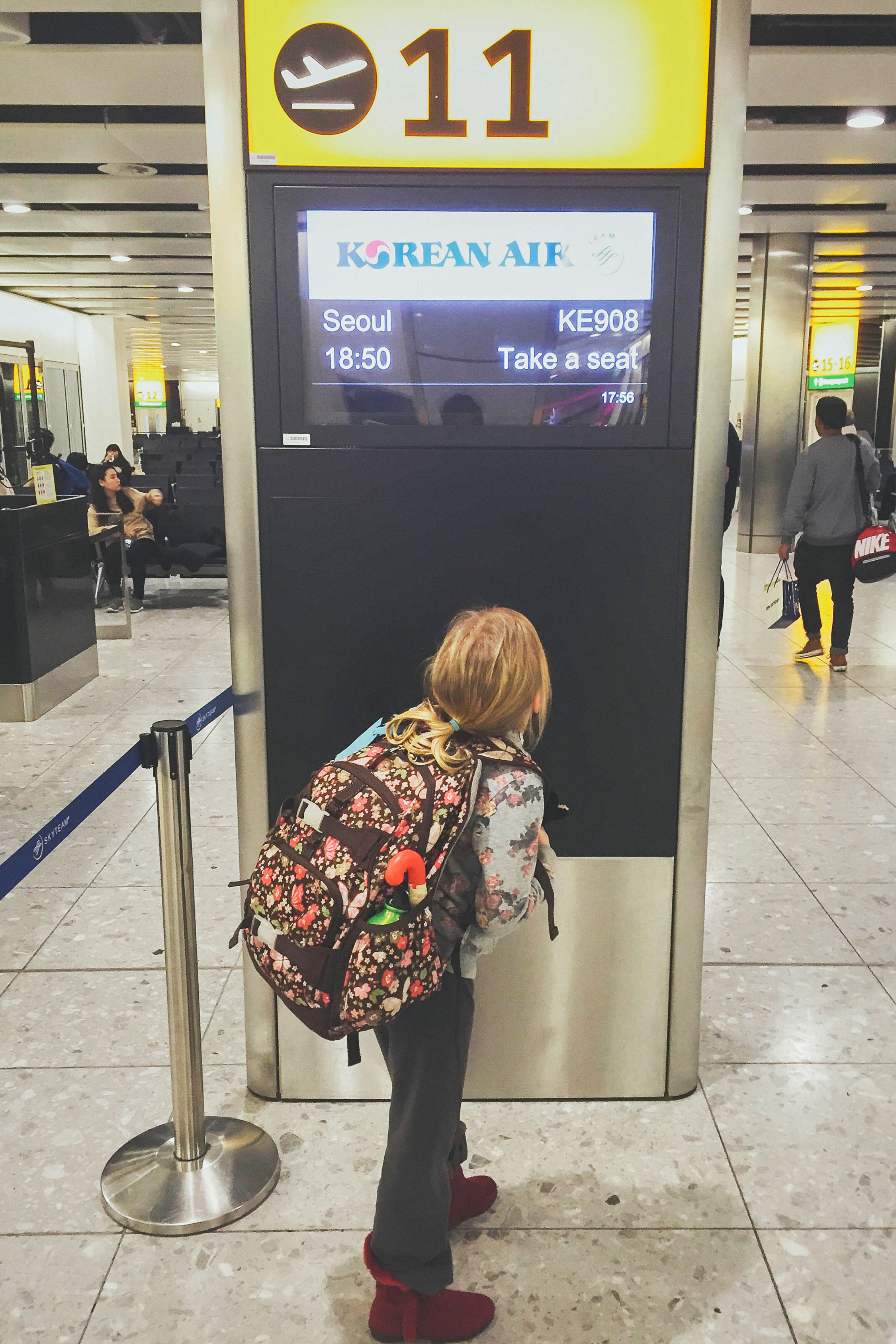 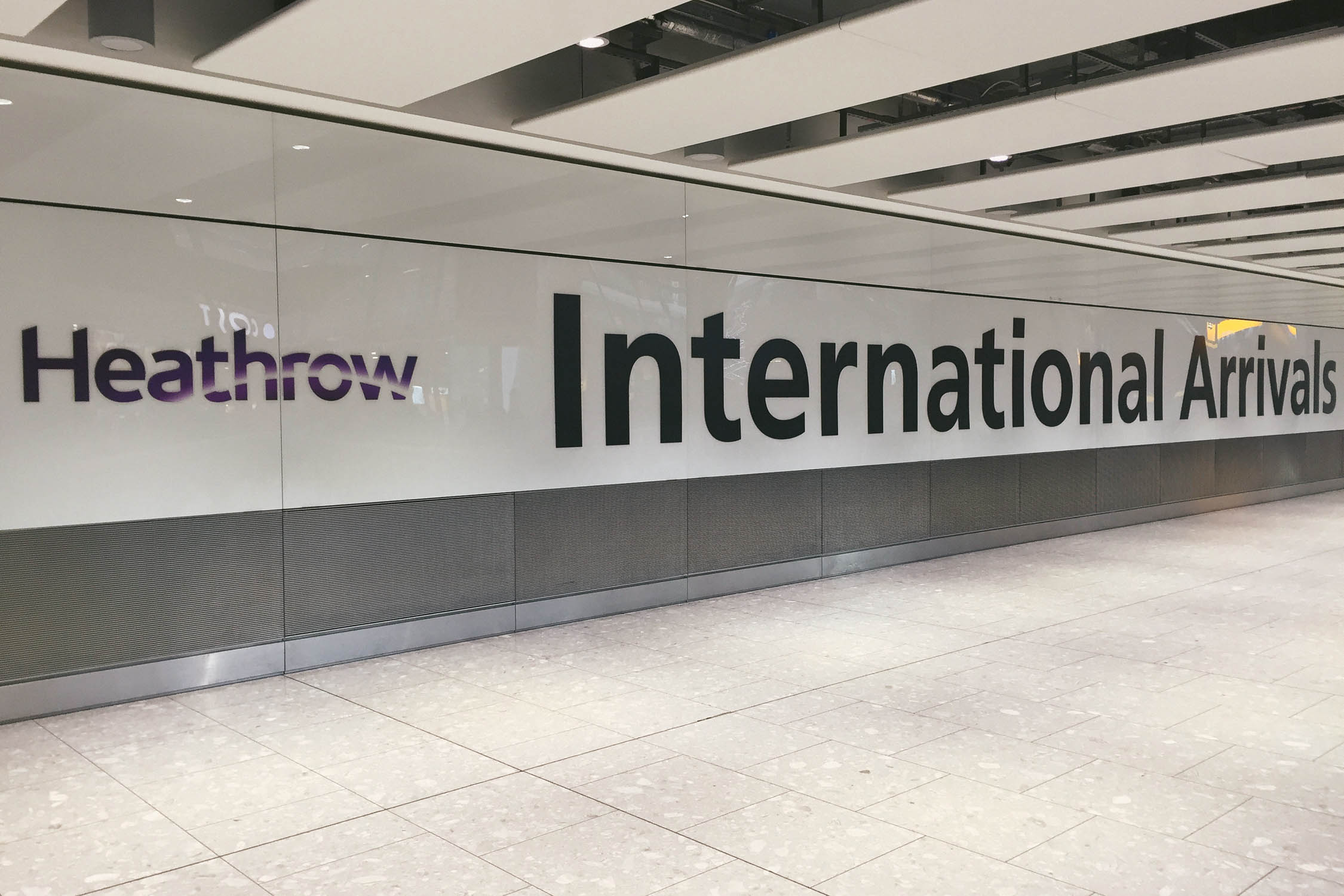 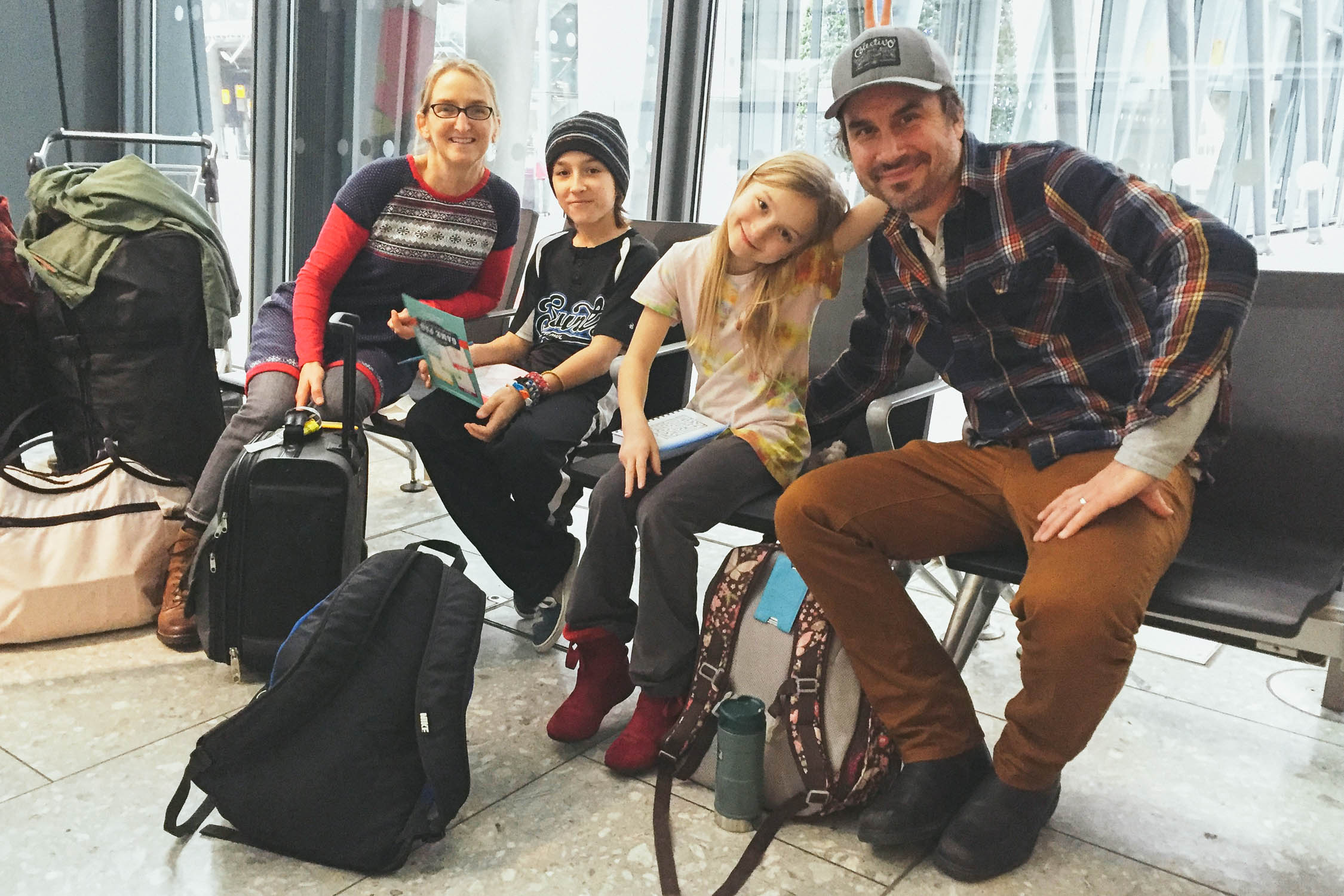